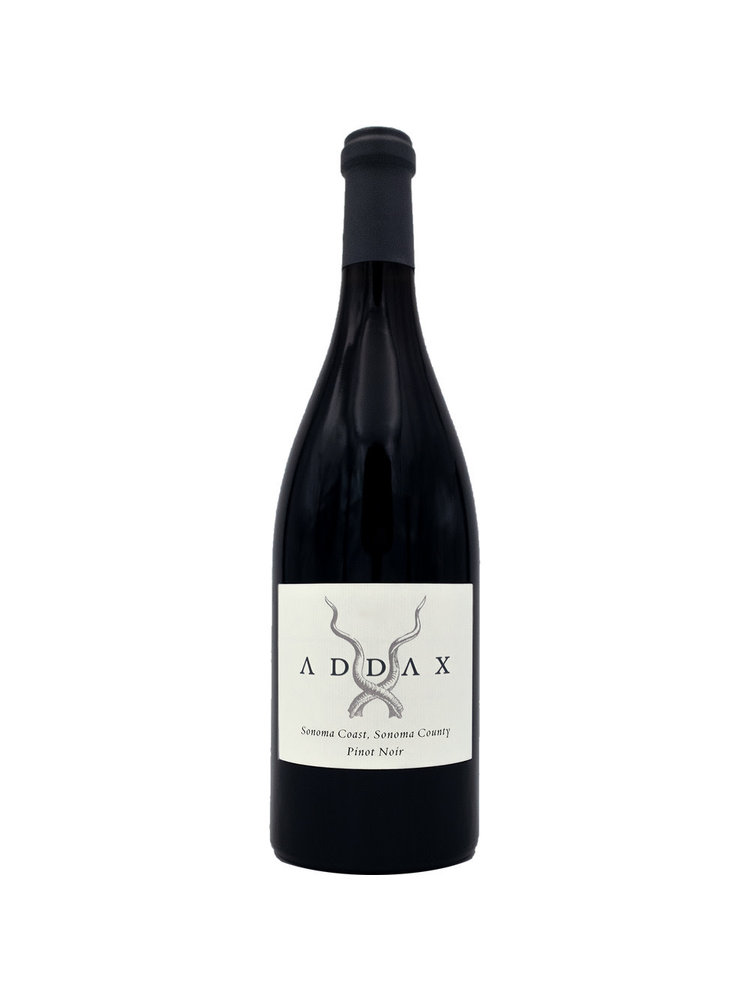 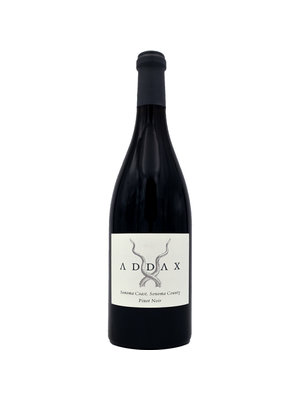 $75.00
($75.00 Incl. tax)
available for order
From the mad genius Russell Bevan, this succulent Pinot spews gloriously ripe berries over a breezy mineral backbone that shows exactly why Sonoma is such a dominant force in the world of Pinot Noir!

This Pinot was crafted from the Pfendler vineyards in the Petaluma Gap region of the Sonoma Coast. Aged in 100% new French Oak, this powerhouse Pinot Noir is packed with spring flowers, black raspberries, kirsch, and licorice with subtle notes of forest floor. Deep purple in color, this is truly a Cabernet drinker's Pinot Noir with a succulent texture and tense notes of background minerality. Russell Bevan's magic is in full force here, crafting a pleasure-Pinot that goes head to head with the likes of Kosta Brown.

Crafted by Russell Bevan, one of the most sought-after winemakers in California today, Addax is an artisan winery founded by Brian Kearney and Josh Peeples. What began with a few friends and a few barrels of Cabernet in 2009 has evolved into a phenomenal portfolio of wines, including Oakville Cabernet Sauvignon, Petaluma Gap and Sta. Rita Pinot Noir, and a selection of Sonoma Chardonnays.
A native of Sonoma, Russell began his wine career as an avid collector and syndicated wine columnist. In 2005 he made the leap of faith into the cellar and quickly became one of the most celebrated winemakers in California. Russell has earned over 15 100-point wines in his career, including the world's only 100-point wine in 2011. Russell has been the winemaker for Addax for the past decade and continues to display his passion and energy in every bottle.
Varietal: 100% Pinot Noir
Aging: 100% New French Oak
Vineyards: Pfendler vineyards in the Petaluma Gap region of the Sonoma Coast